Gareth Farrelly appointed by the Court of Arbitration for Sport 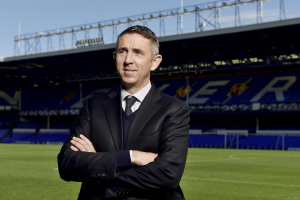 solicitor and former professional footballer has been appointed as a Court for Arbitration for Sport (CAS) arbitrator effective from 2019 until 2022.

Gareth, a litigation and sports lawyer with multi award-winning North West law firm, Bermans, has been officially appointed to settle disputes at the CAS, concerning the decisions of federations, associations or other sports-related bodies on an international level.

The Court of Arbitration for Sport is an international quasi-judicial body which settles disputes associated with sport through arbitration. CAS has around 300 arbitrators from 87 countries with specialist arbitration and sports law knowledge.

During his time at Bermans and his legal career, Gareth has been involved in numerous transfers and disputes concerning current and former players, including a leading Court of Arbitration for Sport case which resulted in changes being made to the rules.

Gareth’s other main focus at Bermans, is working with and advising sports people and high net worth individuals on poor advice received on investments/mis-sold financial products including tax avoidance schemes.

“I am humbled to be appointed as a Court for Arbitration for Sport Arbitrator – it is an incredible honour.

I had a case there in 2007 and I always aspired to go back. I look forward to sitting with and learning from the best sports law arbitrators and lawyers in the world.=

I am incredibly grateful to all those that have assisted me along the way.