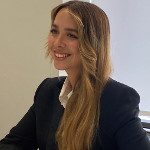 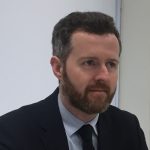 In 2002 Becker was charged and convicted of tax evasion by Munich District Court after pleading guilty to evading about 1.7m euros tax by claiming to live in Monte Carlo at a time when his main residence was in Munich.

More recently, on 21 June 2017, Becker was declared bankrupt by the High Court following a petition from private bank Arbuthnot Latham presented against him on 28 April 2017 after Becker defaulted on loan repayments for a loan of circa £3.5m for a property in Mallorca.

Since Becker’s bankruptcy, he has been publicly cricitsed for his conduct in acting dishonestly regarding a number of his assets.

From the date Becker was declared bankrupt, he had a legal obligation to provide the trustee with information relating to his financial affairs, including a full list of his assets and debts.

The purpose of such obligations is so that the Trustee in Bankruptcy can take any assets of value in the estate and pay these proceeds into the insolvency estate, then distribute those monies according to a statutory order of priority.

Regrettably for Becker, the Official Receiver investigated undisclosed transactions occurring before and after the bankruptcy proceedings, totaling over £4.5m, which resulted in the Official Receiver pursuing extended restrictions to prevent Becker causing further harm to his creditors, resulting in his discharge from bankruptcy being suspended indefinitely.

Becker offered a Bankruptcy Restrictions Undertaking, which was accepted on 17 October 2019 and lasts until 16 October 2031.

“Bankrupts have a duty to fully cooperate with their trustee and where this has been frustrated, a bankruptcy restriction undertaking of commensurate length must reflect that conduct.”

Becker’s conduct resulted in him being charged with a total of 24 counts under the Insolvency Act 1986 for failing to disclose, concealing, and removing significant assets from the Official Receiver and his Trustee in Bankruptcy.

Becker’s trial began on 21 March 2022 at Southward Crown Court where Rebecca Chalkley, prosecutor instructed by the Insolvency Service, argued that Becker “acted dishonestly with regards to a number of his assets, that in various ways he effectively hid from, or made unavailable to, those responsible for identifying the assets”.

Becker insisted he did not know the full extent of his assets and did not set out to conceal anything.

Nevertheless, Becker’s trial concluded on 8 April 2022 with the jury announcing its verdict. Becker was convicted of 4 counts, out of a total of 24, under the Insolvency Act 1986.

The four charges that Becker was convicted on include:

Bankruptcy can be beneficial for those suffering from spiralling debt if the process if followed correctly and Becker’s conviction will be a reminder to others of the importance of complying with their statutory duties throughout the bankruptcy process. Dean Beale commented that “this conviction serves as a clear warning to those who think they can hide their assets and get away with it. You will be found out and prosecuted.”

Judge Deborah Taylor was asked to take into account Becker’s previous conviction of tax evasion in 2002 when sentencing him on 29 April 2022.

Becker has now been jailed for two and a half years.

One of the lesser appreciated purposes of bankruptcy is to provide the debtor with a clean slate and to alleviate the pressure and stress of debt. Obviously in this case, Becker failed to submit to the bankruptcy process in order to obtain these. It follows therefore that those faced with spiralling debts should seek professional advice from a Solicitor or Insolvency Practitioner as soon as possible and should thereafter appreciate the need to cooperate with their Trustee in Bankruptcy.

Please contact a member of our Insolvency team if you have any questions or require any advice.