Casting a net over Liverpool 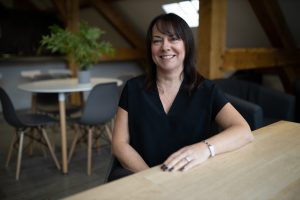 Niki Addison is Managing Director of Concert Networks, a connectivity and communications company based in Northwich (Cheshire) supplying businesses throughout the North West. Concert’s current focus is a connectivity project for the Liverpool City Region, which will see the roll out of a brand new £30 million, 212km full fibre network.

Businesses who are able to connect to the network for their internet connectivity will benefit from speeds of up to 1 gigabit. Niki talked to Bermans about the roll out and why projects like this are so important to the local economy in 2021 and beyond.

Casting a net over Liverpool

When Liverpool metro mayor Steve Rotheram announced the £30 million project to bring super fast internet connectivity to the region he said Liverpool would “reap the [economic] benefits for years to come”.

Niki Addison, whose company, Concert Networks, are involved in the supply of connectivity on the new network, wholeheartedly agrees.

“This sort of project really gives the businesses who take advantage of the new network a significant advantage”, says Niki. “Connectivity underpins so much of what we all do today, within a modern business, and having access to a network that’s amongst the fastest in the UK will really give businesses in Liverpool City Region a competitive edge.”

The new network will cover all six boroughs by 2023 with most businesses being able to connect sooner than that. Those that do will benefit from download speeds of up to 1 gigabit and a more reliable service versus traditional connectivity. The install process involves replacing the existing copper wire with fibre optic cabling and the scale of the project means there’s a clear route to multiple businesses improving how they operate.

“The UK has a long-running and somewhat infamous productivity gap with our neighbours. We work longer hours than many European countries and yet, as a nation, we generate less GDP per hour worked. The reasons for that are complicated, but technology and connectivity provision has long been looked at as one of the factors why we lag behind Germany, for example, by a massive 26.2%. If your connectivity solution is slow or constantly unavailable then it’s very likely that you’ll be doing less work in that time. And I’m sure we can all think about periods where we’ve been waiting for access to systems or waiting for a cloud-based software to load. Connectivity projects like this will help businesses to bridge that gap… if they choose to connect.”

Niki is confident that many businesses will make that choice, given that moving to the new network is painless and potentially cheaper than many businesses’ current connectivity costs. The COVID-19 pandemic has also changed the focus on connectivity requirements.

“COVID-19 has seen many of us move working practices online. Video meetings are more common and most businesses look likely to employ a hybrid working approach in the future, with a mixture of office-based and home-based working. In that scenario getting both the office and home workers connected to gigabit-fast connectivity is going to make a huge difference.”

“Connectivity has been relatively commoditised over the last five or more years. Everyone knew it was available and tended to go with the cheapest or most recognisable option. Now there’s much more consideration from businessses. There’s a feeling that faster connectivity is a competitive advantage in terms of clear communication lines, productivity and recruitment. It’s becoming a difference maker again for businesses who’ve recognised and seen how the world has changed.”

Whilst other regions are also modernising their networks the Liverpool City Region project is unique in its scale and funding. As Steve Rotheram said at the announcement: “Our region was at the heart of the first industrial revolution, and I believe that this project can help us be at the forefront of the fourth industrial revolution, creating thousands of jobs and ultimately generating £1 billion for the local economy.”

Niki agrees. “Because the project is co-funded by Liverpool City Region there’s going to be a flow of investment that stems from businesses getting connected to the network and a portion of that money being reinvested into the region. It’s a major win-win. Businesses and the city are really going to benefit on a large scale.”

The future then looks very bright indeed for Liverpool and its super-fast businesses.

If you are interested in getting connected to the network you can check whether you are in the correct region here.

If you would like a conversation about the items raised above and how it can apply to your business please contact: