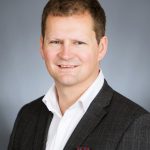 Andy Wood is a tax adviser and Barrister with ETC Tax. His clients include entrepreneurs, high-net-worth individuals, sports persons and entertainers and private companies. He believes passionately that all clients should get clear and decisive advice that should be delivered in plain English.

This is the second and final article in this series. In the first, I considered fungible tokens such as Bitcoin and Ethereum. In this part, I consider Non-Fungible Tokens (“NFTS”), crypto-mining activities and other miscellaneous crypto activities. I also touch on compliance.

Whilst a fungible cryptocurrency token is mutually interchangeable with another token of the same stable, a non-fungible token is not. An NFT is simply a token that can specifically be identified.

Probably the most widely known NFTS are art projects and, within that broad category, so-called PFP projects (essentially profile pics). Some of these , such as CryptoPunks or Bored Apes yacht Club, can change hands for hundreds of thousands (or even millions) of pounds.

Other types of NFTs include music projects (the Kings of Leon released an album as an NFT), trading cards and other collectibles.

The lifecycle of an NFT

ETH is the most developed ecosystem for NFTS. However, other blockchains have developed their own functionality. The main platform for browsing NFTs, buying and selling and managing your portfolio is Opensea[1]. Again, there are now a number of popular sites allowing one to trade NFTs.

Initially, one will usually have to purchase ETH and then transfer it to your wallet ready to purchase your shiny new NFT. Of course, the exchange of fiat currency or any other cryptocurrency to ETH creates a disposal and is dealt with in Part One.

NFTs can usually be acquired in one of the two ways:

In addition to the purchase price, one will also suffer gas fees. This is a cost of transacting in ETH, and gas fees can vary significantly depending on the load on the network. It can be a not inconsiderable cost of doing business.

You may also receive Airdrops as an NFT owner. These are dealt with in Part One.

As ever, the nature of the activities of NFT holder is the start. Broadly, we are determining whether he or she is operating like a collector (subject to capital gains) or a dealer (subject to income taxes). Again, the presumption is that it will be the former but this is rebuttable.

As the assets are non-fungible, there is no requirement for the assets to be pooled.

There is nothing remarkable in terms of the base cost or other expenses. Like any blockchain asset, there will be transaction costs (and if transacting through OpenSea ETH gas fees may be substantial).

Where a person is trading in NFTs, then VAT should be carefully considered.

What is crypto mining?

Having been brought up in a 1980’s Yorkshire pit village, mining meant something quite different! In crypto, mining is crucial. It is how cryptocurrency transactions are validated on the blockchain network and added to a distributed ledger. Importantly, mining prevents double spending of digital currency on such a network. In precisely the same way as a fiat currency, the digital ledger must be updated each time a person spends some of their coins. In other words, an account is debited along with a corresponding credit to another account.

The challenge of any digital currency is preventing its database of transactions being manipulated by nefarious characters. As such, “consensus mechanisms” require a certain percentage of the network to agree that a transaction has taken place before any changes are made to the blockchain. In return, miners receive rewards in the form of new tokens or fees.

Once again, the nature of the activities is key. When does that ‘hobby’ cross the line and become a trade? In addition to the commentary in Part One, the case of Patel[2] is instructive. Here, the taxpayer was a full-time social-worker who began his own ‘side-hustle’. He supplied cooking ingredients and ran catering workshops. Three years later he began selling Indian art. Neither were terribly successful. The Tribunal found that neither venture grew beyond hobbies based on the lack of a business-like approach.

In the context of mining activities, the taxpayer might be a computer enthusiast. She liked the ‘anarchic’ element to cryptocurrency and invested several years ago. She allowed her computer to be used as part of the blockchain network and mined coins. Neither the investment nor the mining activities were originally entered into with profit in mind. The mining may, or may not, have turned a profit depending on the level of her (increasing!) energy bills. This is likely to to fall into the hobby category.

There will be circumstances where a person’s approach to mining is clearly organised and commercial. For example, where a taxpayer has rented dedicated office space, has purchased a number of latest mining rigs, has installed cooling systems and perhaps employs staff or engages contractors to provide services. Such an operation is more likely to be considered a trade.

Where the income is from non-trading activities then it will subject to tax as Miscellaneous Income. In terms of expenses, the starting point is to follow the rules for trading expenses. However, there won’t be any entitlement to capital allowances.

The business will be able to deduct its revenue expenses. For example, what are likely to be high energy costs can be deducted from profits along with rent and staff costs. It is likely that one be able to claim capital allowances on capital expenditure such as the mining rigs and other computer equipment used within the mining operation.

Miscellaneous – including Nodes, gaming and the metaverse

Nodes as a Service (“NAAS”)

Nodes sound painful. But there are many of these projects around and they often promise the investor passive income.

A detailed explanation of what is a node is beyond the scope of this article. However, any blockchain will consist of many different ‘blocks’ of data. These blocks are stored on nodes. Each of the nodes is inter-connected with the others and they continuously exchange updates with each other and form the moving parts of the consensus mechanism. Accordingly, a node requires a piece of hardware to run on – just like any other piece of software.

StrongBlock was one of the first projects to offer NAAS. A so-called Strong node supports the Ethereum (and Polygon) network. One can purchase a Strong node and, for an additional maintenance fee, StrongBlock will look after all the techy stuff for you.  As such, no hardware beyond a laptop / smartphone is necessary. The attractive feature is that they reward investors with a reward for operating the node in their native coin STRONG creating passive income.

StrongBlock was extremely popular for a period of time. However, recently, the price of STRONG has capitulated. This has meant that the levels of income have also diminished for those who invested at a higher price. Indeed, as the initial investment into the node cannot be recovered, this fall in price might mean that many will take a long time, and may never, recover their initial investment. This is grist to the mill of those who assert these projects are mere Ponzi schemes.

Many others have adopted this model. However, some ‘node’ projects are not as they seem and do not, on investigation, actually involve the investor acquiring a node at all.

At first blush, one might say the taxation position is straightforward. That the tokens received are income and therefore taxable. However, I am not necessarily sure that it is this simple. This is because there is no profit until the investor has recovered his or her investment and it is clear that the Miscellaneous Income rules, perhaps intuitively require and element of profit before tax becomes relevant. One approach might be to assume that any payment from such a project was part return of capital and part income. This would be similar to the tax treatment of certain types of annuity.

Where node activity constitutes a trade then one might consider whether capital expenditure on a true node qualifies for capital allowances or not on the basis that computer code can qualify under the definition of plant and machinery.

Gaming and the metaverse

For those that are struggling with some of the concepts above (and I sympathise!) then things might only get worse. In my view, the greatest area of growth is the ‘crypto-fication’ of gaming and the metaverse.

Play to Earn (P2E) games such as Axies Infinity allow a player to purchase NFTs (Axies) and play them within an in-game world, battling with other NFTs for cryptocurrency.

This might sound like a hobby where one can make a few crypto quid. Of course, this may well be the case. However, you should prepare yourself for clients calling you with more commercial approaches to this type of activity. There are already many business-like operations out-there running teams of players around the world generating huge sums of cryptocurrency.

In addition, you might also have to get your head around clients buying and selling digital land and property. Indeed, NFT Worlds allow one to acquire a Minecraft style explorable realm which can be leased to P2E games developers to build whatever project they like. The NFT owner receives a rental income (in the form of WRLD coins) for the term of the developers occupancy. This income is likely to be considered Miscellaneous Income. Fortunately, Stamp Duty Land Tax (“SDLT”) does not (yet!) extend to the metaverse!

Compliance (or lack of it)

It has been widely reported that HMRC has been sending out its so-called nudge letters to UK taxpayers who it believes might have undeclared crypto gains.

It is public knowledge that HMRC has requested and received information from some of the popular exchanges for the tax years including both 2019/20 and 202/21. As such, clients should not labour under the misconception that HMRC will not find out about their activities.

At present, there are no special settlement opportunities for those active in crypto activities. As such, one will need to use the usual routes to disclosure where there has been non-compliance.

It should be said that HMRC’s public guidance around the situs of crypto-assets is helpful in this context as, if you are UK resident, then it would follow the assets are UK situs. This would mean that a non-compliant client would be outside the more penal aspects of offshore non-compliance.

Over the course of these two articles,  we’ve explored some of the areas where the new world of crypto and the blockchain collides with established tax principles. In many ways, the UK tax system can accommodate most of what crypto can throw at it. The key is understanding terminology and what is going on.

Andy has written a book called Cryptocurrency and other digital assets: Tax law and practice . This is due for publication by Claritax Books in the first half of 2022. For more information see here: https://www.claritaxbooks.com/cryptocurrency-and-other-digital-assets~117 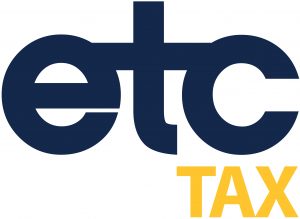