New restrictions to company purchase of own shares 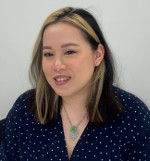 In February 2022, the Chartered Institute of Taxation (“CIT”) received clarification from HMRC in relation to their position on legislation relating to a company’s purchase of its own shares under section 1033 of the Corporation Tax Act 2010 (“CTA 2010”). In particular, HMRC have outlined their interpretation of the word ‘possesses’ in section 1062(2) CTA 2010 in instances where the purchase has multiple completion dates.

What is a company purchase of own shares, and why do it?

Provided that a company is not restricted or prohibited from doing so in its Articles of Association, a company can purchase its own shares from a shareholder, usually at market value per share. There are many reasons why a company may choose to purchase their own shares, such as:

Under section 691 of the Companies Act 2006 (“the Act”), a company wishing to purchase its own shares must pay for the shares at the time of the purchase. If a company fails to comply with this part of the Act by paying by deferred consideration or by paying for the shares in instalments, then this can render the transaction void. A company can finance the purchase of its own shares with:

When purchasing its own shares, a company may not always have enough distributable profits or capital to fund the full amount of the purchase price of those shares in a single payment to satisfy section 691 of the Act. As long as the company can ensure that it would have enough distributable profits or capital in the future, the company can purchase its own shares over multiple completion dates. The beneficial ownership of the shares is transferred to the company on the date of the contract, but the selling shareholder will continue to hold the legal ownership of the ‘non-completed’ shares as a nominee for the company.

There are tax implications that should also be taken into consideration when a company purchases its own shares from a shareholder. Unless the transaction is exempt, the amount paid for the shares to the selling shareholder is treated as an income distribution and is taxed accordingly. Therefore, it is recommended that a company applies for clearance from HMRC so that the purchase would be treated as a capital transaction.

The conditions for company purchasing its own shares to qualify as a capital transaction are:

In relation to the last point of a qualifying capital transaction, HMRC ordinarily give clearance in relation to the connection condition for a multiple completion share purchase. However, they have since altered their interpretation of section 1062 CTA 2010. The legislation specifies that:

“a person is connected with a company if the person, directly or indirectly possesses, or is entitled to acquire more than 30% of:

Previously, HMRC have taken the view that in relation to paragraph (c), the selling shareholder retained a legal right over voting shares. This was addressed by companies proposing that following the transaction, these ‘non-completed’ shares would become deferred shares that had no voting or economic rights attached on completion of the first tranche. This approach was accepted by HMRC, and they generally permitted clearance on that basis.

What does HMRC’s new approach mean for companies wishing to purchase their own shares?

With their recent clarification to the CIT, HMRC are now treating the word “possesses” as referring to the legal ownership of those shares. As discussed, when a purchase takes place over multiple completions, only the beneficial ownership transfers to the company with the selling shareholder retaining legal ownership as a nominee. Consequently, should the selling shareholder hold more than 30% of the company’s issued share capital, they would be considered to remain connected to the company after the share purchase takes place and would not be able to qualify for capital treatment. This also applies even in the case of where those shares carry no voting or economic rights.

Fortunately, HMRC have also indicated that they will not take retrospective action for any transactions that were initially cleared by them but will be taking this interpretation of the connection condition in future clearances.

The changes to the interpretation of s1062(2) CTA 2010 by HMRC may cause an increase of clearances to be denied where a company requires to finance a purchase of its own shares through multiple completions. As such, it would be advisable for clients who are considering a purchase over multiple completions to review their shareholdings and consider restructuring their purchase if the selling shareholder holds more than 30% of a company’s share.

If you require any assistance with the issues raised above, please do not hesitate to contact Anton Stirrett, Partner at Bermans on anton.stirrett@bermans.co.uk or 0151 224 0500.