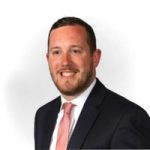 A report in the media recently suggested that Raheem Sterling was to set up his own football agency[1]. This article looks at whether that is possible and some alternative explanations.

Firstly, there is no obligation for a footballer to retain the services of an FA Registered Intermediary (commonly referred to as agents, which is the term utilised in this article), as the player is perfectly entitled to represent himself/herself to negotiate a contract with a club.

Indeed, as players become older and more experienced in their career, it is not uncommon for them to decide they no longer need the services of an agent, perhaps because they are more experienced and confident in negotiating with their club directly. They also recognise their value. Kevin De Bruyne is a recent high-profile example. It is reported that Mr De Bruyne did not utilise the services of an agent during his recent contract renewal (having reported his previous agent to the authorities for concerns around his role in a previous transfer – the agent was subsequently charged with criminal offences[1]), instead instructing a data analytics firm and a lawyer to assist him in his negotiations with Manchester City[2].

However, in the event that the player would like someone to perform those negotiations on his or her behalf, that person needs to be registered with the respective FA – only those registered as an intermediary are entitled to perform Intermediary Activity (which, in short, means acting on behalf of the player in any way relating to the player’s actual or potential contract of employment with a club).

Some players may believe that if they act as their own agent then they will be entitled to be paid agency fees over and above monies which they are paid through their employment contract (monies which would otherwise be paid to the agent they have retained). Equally, players may also see the possibility of using their experience to represent younger players. Both of these assumptions are wrong. Firstly, players cannot be acting as an agent where they are representing themselves (an agent, by their very nature, acts on behalf of others). Secondly, players are in any event expressly prohibited by FA rules from registering as an agent[3]. That means that while a player is perfectly entitled to represent themselves, they cannot do so as an agent (although there is nothing stopping them from trying to negotiate an increase in their employment contract on the basis that no agency fees will be payable) and cannot act as an agent for any other players.

Perhaps, therefore, players could consider owning an agency but not acting as an agent and instead employ individuals who are registered as agents and can conduct all negotiations on behalf of the agency’s clients? The regulations contemplate that position as well and state that no player (as well as club, club official or manager) can hold an interest in an agency. That means that a player cannot have ownership of more than 5% of the firm or entity through which the agent operates (the agency business) or be in a position to exercise control over the affairs of the agency (whether directly/indirectly or formally/informally).

In the case of Mr Sterling, the media article notes that a company has been set up called 16ninetytwo Sports Management. The sole director of that company is Mr Sterling’s mother (who is also listed as owning 75% or more of the company). While the company is called “Sports Management”, it is not clear what the purpose of that business is intended to be, and it may be that it will not engage in Intermediary Activity (it may, for example, concentrate on Mr Sterling’s endorsements). It is also possible that the intention is for Mr Sterling’s mother to act as his agent, albeit she does not appear on the latest list of Registered Intermediaries published by The FA on 7 April 2021.

In summary, the regulations are clear in that broadly speaking players are not permitted to act as football agents or to own/manage their own football agency business. Maybe Mr Sterling is laying the foundations for a future after his time as a player. Time will tell as to whether his skills as distinguished from his personal experience are transferable in an increasingly competitive and complex market.