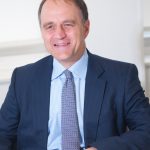 Manchester Building Society (MBS) successfully appealed to the Supreme Court in a claim for negligence against its ex-auditors Grant Thornton (GT), after losing in the High Court and the Court of Appeal.

The facts of the case are quite unusual.  However the judgment is of wider importance since the court took a different approach to assessing loss arising from an adviser’s breach of duty, from the previous line of cases going back to the 1990s, and the decision should signal a change of direction.

The case arose from advice given by GT to MBS for its fixed rate lifetime mortgage portfolio.  The cost of MBS borrowing money to fund the mortgages was variable.  MBS entered into interest rate swaps with a view to minimising its risks.  GT did not advise MBS about this particular business model (that decision was taken by the MBS management) but advised MBS – negligently – that it could adopt a “hedge accounting” policy for its fixed rate portfolio, to mitigate the volatility of its capital position in its filed accounts and minimise the amount of regulatory capital that it needed to carry.  MBS was keen to adopt such a policy.

This meant that changes in the fair value of the mortgages, as a result of interest rate changes, would not be reflected in the profit and loss account. However, with the 2008 crash and the sharp fall in interest rates, MBS’s capital became volatile although initially this was hidden by the accounts.

Then in 2013 GT informed MBS that it was not after all permitted to apply the hedge accounting policy.  MBS had to account for the fair value of the swaps in its accounts without any adjustment to the book value of the mortgages. MBS had to restate its accounts and then to raise substantial regulatory capital.  It had no choice but to close out the swaps and suffered a net loss of over £26 million in doing so.

Could this be claimed from the auditors? The Supreme Court said yes, though it made a 50% reduction for contributory negligence.

The ground-breaking part of the judgment was the movement away from a long-standing distinction between the duty owed by a professional person giving advice as opposed to only providing information.

Previously, ever since the 1997 House of Lords case known as SAAMCo (which comprised three unrelated claims against valuers, based on relatively simple facts) the courts had repeatedly found that in the case of a professional adviser instructed to advise a client as to whether to enter into a transaction, and giving incorrect advice, the adviser’s liability was for all losses arising from the advice being wrong.  However, in the case of a duty to provide information, or advice which was only one of a number of factors being taken into account by the client in making a decision, the adviser was only liable for the financial consequences of that information, or piece of advice, being incorrect.

The court in the MBS case did not entirely abandon such a distinction.  However it decided that its main task was to identify the scope of the duty, judged on an objective basis by reference to the reason why the advice has been given and, if relevant, the reason the advice is being paid for.

The court decided that GT had assumed a duty of care, and the losses suffered by MBS fell within the purpose of the duty.  Accordingly GT were liable for the losses (subject to the contributory negligence).

The SAAMCo judgment had also made use of a “counterfactual test”, looking at whether the losses claimed would have occurred even if the advice or information provided by the defendant had been correct. The court in the MBS case did not reject this approach outright (while saying it was not always easy to apply) but instead focused on the question of purpose of the duty.

At the same time, the Supreme Court also gave judgment on a clinical negligence case regarding the scope of duty and the loss arising from it. In that case, a doctor was giving advice to a woman, who was intending to start a family, as to the risk of her carrying the haemophilia gene.  She had blood tests and the doctor negligently advised her that she was not a carrier.  Had the doctor properly advised her that she was, she would have undergone foetal testing during her subsequent pregnancy, which would have revealed the existence of haemophilia and she would have then terminated the pregnancy.  The child was then born with both haemophilia and autism.  The court found that the doctor was only liable for the costs arising from the child’s disabilities connected to the haemophilia (particularly the increased care costs) and not the autism, even though, if the doctor had given the correct advice regarding the risk of haemophilia, those additional losses would not have been suffered.

Although based on very different facts, the judgments in the two cases applied the same principles, especially as to the importance and the method of establishing the scope of the duty.

Both cases, as they proceeded through the various courts, illustrate how an established legal principle can be interpreted in different ways.  In the MBS case the Supreme Court overruled both the High Court and the Court of Appeal; in the Meadows case the Court of Appeal overruled the High Court’s decision – correctly in the eyes of the Supreme Court.

Hopefully, the Supreme Court judgment will herald a simpler and more predictable approach to an area which is often something of a minefield for a business bringing a claim. Naturally it is very early days in terms of interpreting how the case will be followed and adapted.

The outcome may also suggest that the courts will start to look more critically at auditors and whether they have fulfilled their duties to their clients.

If you have any queries relating to this case please do not hesitate to contact our litigation team.