The Long and Winding Road to a Guarantor Recovery 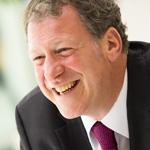 Back in 2004, Porter Capital Corporation (“Porter”), a US finance Company based in Birmingham, Alabama, financed a US corporation (“Corporation”) via an invoice finance facility. To secure the finance, they took guarantees from three guarantors, one of whom lived in London and was a co-owner of a valuable Knightsbridge apartment on Hyde Park in London and shares in a family company. The finance documentation was expressed to be under Connecticut law.

By 2008, things were going wrong for the Corporation and by March 2010 just prior to the Corporation’s Chapter 7 Bankruptcy in the US, Porter wrote making its demand for the account shortfall against the finance agreement’s three guarantors.

The English guarantor chose to defend the claim (which was issued in February 2012) by, amongst other tactics, pulling apart Porter’s finance agreement with the Corporation. He argued that, taking into account the settlement monies, the Corporation owed no more money to Porter and so, he owed no money under his guarantee.

Unfortunately for Porter, the computer software used to administer the account of the Corporation did not operate in the manner that the finance agreement allowed for. In the circumstances, issues of interpretation of the finance agreement needed determining at trial. The finance agreement, being written under Connecticut law, also needed interpreting under that law by the English judge trying the case. Experts from both parties were identified (Porter’s expert being a professor of law at Yale University and a partner in an international law firm).  They all opined on the terms and effect of the agreement and were required to attend court to give evidence, so the court could decide on the effect of the finance agreement’s terms on the account. Judgment was handed down in December 2013 but it remained unclear as to whether the guarantor owed anything under his guarantee. The court however could see that some money was going to be owed and ordered to be paid and ordered a modest interim payment to be made to Porter.

Each issue determined had a major impact on the account, as the account was attracting interest over time on the capital outstanding. Neither party were happy with parts of the judgment and so both Porter and the guarantor appealed it to the Court of Appeal. The guarantor obtained a stay on the payment of the interim payment order. The appeals were in part successful and on 15 January 2016 it was ordered that Porter’s claim be directed for the taking of an account and again the interim payment order was stayed pending the account as again following the judgment it was still unclear if any money was owing.

The matter was remitted back to the High Court to take the account following the High Court and Court of Appeal decisions and it was directed for a further High Court trial to decide new issues on the account. These further issues required yet more input from the experts on Connecticut law. The guarantor was now left arguing matters of apportionment i.e. whether monies received need putting against capital first on the new account rather than interest. Porter’s expert was of the view that the “US Rule” applied to the apportionment i.e. monies received would first be put to interest and fees before capital. The trial judge, amongst other matters, upheld the US Rule and so, Porter at last was able to quantify its claim such that the trial judge was able to award Porter a significant interim payment by Order in October 2017.

This effectively brought an end to the guarantor’s challenge to the account and judgment was entered against the guarantor on 3 May 2018.

Back in the spring of 2010, the guarantor with his wife, had moved to a tax friendly Canton in Switzerland but they did retain ownership of their apartment in London and the guarantor remained a director and shareholder in his English based, family company, which bore his name and of which he was the CEO. Porter was therefore surprised when the debt remained unpaid.

Porter commenced bankruptcy proceedings on its debt in London. Those proceedings were heavily contested on the grounds that the guarantor’s main interest was in Switzerland. This contest was curious as during the course of the proceedings the guarantor maintained he had no significant assets or income, he having gifted his half share of his London flat to his wife, his income being paid to his wife by his company and his shares in the family company being gifted to his family’s offshore trust. Those proceedings were concluded without a bankruptcy order being made due to the court finding that the guarantor’s main interests were in Switzerland, in March 2019.

Porter after 7 years of litigation at costs in the hundreds of thousands of pounds were no further on.

By claim issued on 1 January 2019, Porter sought an order that the gifts to his wife of the London flat and the consultancy salary be set aside and reinstated as assets of the guarantor and the gift of shares to the trust be likewise set aside. S.423 of the Insolvency Act 1986 provides the statutory power to the Court to set aside transactions entered into at an undervalue where it is satisfied that the transaction was entered into for the purpose of putting a debtor’s assets beyond the reach of creditors. The guarantor denied that the gifts were made to avoid his liability to Porter and came up with explanations for the gifts.

The claim was case managed from the Liverpool High Court by the Vice Chancellor, Mr Justice Snowden and was listed for a seven-day trial in September 2020 (during the covid restrictions). Considering Defences were only filed to the claim by the end of July 2019, this is a trial that was brought on quickly and effectively, utilizing the new Business Court’s disclosure pilot scheme. This is particularly so, given that Covid 19 hit in March 2020 and the case involved witnesses from the USA, Singapore and India.

All that good work was, as things turned out, not required  because on the morning of court the guarantor and his wife and the offshore trust settled the case to enable Porter to recover their costs, the debt and money towards interest and fees. The settlement sum was paid in September 2020.

From the finance company’s perspective, the lessons learnt are:

It is not for me to comment on the guarantor’s position, save to note that if he had paid the initial claim, it would have cost him a lot less than paying the settlement and his lawyers’ fees through eight years of litigation.

It was an interesting case from the start. Porter Capital’s patience was tested but all turned out well in the end.

It is the writer’s experience that “game playing” rarely works in attempting to avoid debts and it can be a very expensive exercise for all concerned.

If you want to play, you have to pay!

Bermans is an established market leader in Asset Finance. The team consists of industry recognised professionals with a vast wealth of experience.

Bermans Invoice Finance team includes some of the industry’s leading lawyers. We have worked alongside key players who have been instrumental in shaping UK Invoice Finance law into what it is today.