What protection do I have as a shareholder? 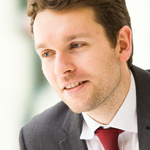 Some of those rights are straightforward – including the right to inspect certain information relating to the company, and to receive notice of (and vote at) shareholder meetings. But what can a shareholder do if his or her interests are being damaged by the way the company is being run?

Learn about some of the most important principles and considerations in this article and contact michael.smeaton@bermans.co.uk for a FREE no-obligation chat.

One of the most important rights which all shareholders enjoy, and also one of the most complex, is the right to apply to the court for protection against unfairly prejudicial behaviour – commonly referred to as an unfair prejudice petition.

Disputes between shareholders are common (particularly so where the directors and shareholders in the company are the same people, as with many SMEs) and it is important to be able to recognise circumstances where the behaviour of the directors or your fellow shareholders might entitle you to seek a remedy from the court.

What is unfair prejudice?

Section 994 of the Companies Act 2006 (‘the Act’) provides that a member (shareholder) of a company may apply to the Court for a remedy:

“… on the ground (a) that the company’s affairs are being or have been conducted in a manner that is unfairly prejudicial to the interests of the members generally or some part of its members (including at least himself), or (b) that an actual or proposed act or omission of the company… is or would be so prejudicial.”

In essence there are two considerations as to whether behaviour is unfairly prejudicial:

Prejudice can be shown if the shareholder can demonstrate that the economic value of his or her shares has significantly decreased, or is put at risk by the conduct they are complaining about. However, prejudice need not necessarily be economic in nature and might include, for example, the exclusion of a shareholder from participating in the management of the company where the shareholder had a legitimate expectation to be involved (such as in a ‘quasi-partnership’).

Conduct will not necessarily be prejudicial simply because it concerns a breach of some obligation – some examples are given below but a complaining shareholder will not be entitled to relief if they cannot show that they are worse off as a result of the conduct complained of – trivial technical breaches of the company’s rules will not generally give rise to a valid complaint.

The test for unfairness is objective – would a reasonable bystander believe the conduct complained of to be unfair? It is not necessary to show any bad faith on the part of the ‘offending’ party, or to show any intention to cause prejudice.

There is no definitive list when it comes to unfairly prejudicial conduct but examples of some of the most commonly-encountered complaints are set out below.

Lack of dividends is not, of itself, unfair prejudice since the decision as to whether or not dividends can or should be declared is a commercial one – often a company simply cannot afford to pay them.

The courts will not lightly interfere with commercial decisions of that nature, however unfair prejudice may occur where (for example):

Again, remuneration is a commercial matter and it is not generally something with which the courts will interfere, though there are exceptions:

Breach of the Articles or any shareholders’ agreement

Generally this will mean a breach of the terms on which the shareholder subscribed for his or her shares and may result in unfair prejudice occurring (though, again, trivial or technical breaches where no real prejudice is caused will not justify a petition).

This might also include breaches of the Companies Act 2006 – examples may include:

‘Deadlock’ refers to a situation in which the company is effectively unable to make decisions, due to no conflicting party having the requisite majority at board and/or shareholder level to enable decisions to be passed.

Often this occurs due to a breakdown in relationships which has not been caused by any unfair prejudice – whilst this will generally mean that an unfair prejudice petition cannot be justified, it may be that in the circumstances it would be ‘just and equitable’ for the company to be wound up, and an application could be made to the court for that purpose.

Who can present a petition?

An unfair prejudice petition may be presented by:

This means that where a shareholder has purported to transfer his or her shares, but the company refuses to register the recipient as a member, both the transferor and transferee would be entitled to present a petition in relevant circumstances.

The respondents to a petition will be the shareholders or directors who are alleged to have engaged in unfairly prejudicial conduct, as well as all members of the company whose interests have been affected or who would be affected by a court order. Generally, the company itself is also a respondent.

What are the remedies?

Section 996 of the Act sets out certain types of orders which the court may make if unfair prejudice is established, though the court has a general and wide discretion to make any order it thinks fit. For instance the court can:

In practice, and often because the circumstances giving rise to a petition mean that the parties cannot realistically continue in business with one another, the most common order made by the court on a successful unfair prejudice petition is that the member(s) guilty of the unfair prejudicial conduct must purchase the minority shareholding of the aggrieved member.

In certain (albeit rare) circumstances an order may be made for the majority member(s) to sell their shares to the minority – for example where the conduct of the majority demonstrates that they are unfit to be involved in running the company.

Where the parties have the same or similar shareholdings and cannot agree who should buy the other out, the court will determine the appropriate order based on the specific circumstances of the matter.

Where a purchase order is made, the court will order that the shares be purchased for ‘fair value’. This will usually require expert evidence being produced by both sides.

Valuation can be highly complicated and various factors will be taken into account by the court, but in broad terms the effect of the unfairly prejudicial conduct on the value of the petitioner’s shares (i.e. the reduction in their value caused by the conduct complained of) will be disregarded.

Where a petition is presented and the likely outcome, if successful, is a purchase order being made by the court, a respondent ought to give early and serious thought to making a fair offer to purchase the petitioner’s shares, on the basis that this is equivalent to the relief that would be granted by the court.

Where a fair offer to purchase has been made but ignored or rejected by the petitioner, the court may view the continuation of the petition as an abuse of process and it may be struck out. An early and properly-calculated offer of purchase would also have the effect of limiting any potential adverse costs liability for a respondent – a particularly important consideration given that, due to their nature and complexity, unfair prejudice proceedings are notoriously expensive.

Disputes between shareholders, and unfair prejudice in particular, are highly complex areas of law and this note is only a broad overview of some of the most important principles and considerations. The nature of disputes between shareholders is that proceedings can quickly become complicated by large numbers of allegations and cross-allegations – taken together with the frequent need for independent expert evidence, the costs of dealing with disputes can escalate sharply and it is important to seek specialist advice at the earliest possible stage.

We have substantial experience of dealing with all manner of shareholder disputes, including unfair prejudice on behalf of both petitioners and respondents – if you have any queries or concerns, require advice or would like to discuss any of these issues, we will be pleased to assist.