Who Is Your Contract With? 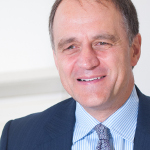 You have – all things considered – enjoyed a fruitful trading relationship with a supplier or customer over many years, or at least you have assumed that to be the case.

Then things go sour.  You locate your copy of the contract, only to find that it was made by your predecessor company, or the other party’s predecessor, or even both.  The change(s) may have been due to a corporate reorganisation.  In any case there is no evidence in writing of consent to the change, as required under the contract.

Such a change – or presumed change – could have taken effect as an assignment (where a new party to the contract replaces an existing party) or a novation (where there is a new contract with the new party, with the terms replicating those of the old contract).

In a recent High Court case, the judge considered whether a contract had been validly novated by implication.  Also, in an unusual twist, the judge issued an addendum to the original judgment, upholding his original decision on a further ground.  The end result was the same.

The decision is relevant to other instances where there are strict formalities required under the contract, which are not then followed.

The case arose out of an aircraft support services agreement dated 2008 between a service company (IJL) and an aircraft owner (the defendant).

IJL became part of the same group as GAMA Aviation (UK) Limited (GAMA) in 2014.  In April 2017, following further reorganisations and to meet regulatory requirements for the aircraft, GAMA started to provide services to the defendant in place of IJL.  Such provision seems to have been at the defendant’s express request.

Under the contract 3 months’ notice, in writing, was required to terminate it.

The defendant continued to pay sums – now to GAMA – until January 2019 and then stopped.  The defendant and GAMA had been in negotiations for a potential new agreement and the defendant was well aware of the change of companies.  GAMA issued a claim in December 2020 for non-payment.  The defendant sought to rely on the express terms of the agreement, which had not been formally terminated, and argued that GAMA had no right to payment.

GAMA argued it had taken the place of IJL by an implied novation, and applied for summary judgment on the ground that the defence had no real prospect of success.

The judge decided that the change of supplier from IJL to GAMA was, in effect, a novation.  His initial view was that the requirement of 3 months’ written notice of termination would have prevented the novated contract being effective, but he relied on the doctrine of estoppel; the defendant had encouraged GAMA to believe it would be paid, and GAMA had provided services based on that belief.  Therefore GAMA succeeded, albeit initially via the “back door”.

The judge had regard to a well-known Supreme Court case in 2018 which decided that where a contract specifies a mechanism for its variation or termination, the parties are taken to be bound by it.

Addendum to the judgment

However, the judge issued the addendum to his judgment before it was formally handed down.  He had looked again at the requirement of notice.  He came to the view that it would have been open to the parties to agree to terminate without notice.  He agreed with Gama that “a reasonable person would not have thought that this contract would continue indefinitely unless the three months’ notice is given, even if the parties themselves wish it to come to an end by agreement immediately”. Therefore there was nothing to stop the parties agreeing a novation which operated to terminate the contract and replace it with a new one.

What does this mean in practice?

The outcome of this case seems to have been a fair one, despite the uncertainty as to how it was arrived at.  As such it should provide some reassurance to contractors who are owed money and who find themselves in a similar predicament.  Although the defendant in this case is unlikely to elicit much sympathy, there may be other cases where a similar outcome may be seen as harsh.

Overall, issues such as how to create an effective novation (or assignment) should be considered carefully when a contract is being negotiated.  Often, as this case shows, the parties will have some freedom to enter into a new arrangement even involving a different party.  However that is by no means a certainty and everything will depend on the terms of the contract, and the facts.  If a standard set of trading terms is used, with a stipulation that there can be no assignment or novation unless it is in writing, without further consideration of its implications, this could store up uncertainty for later.

Also, when there is any corporate reorganisation, its potential impact on all existing contracts should be carefully considered or you may find yourself, maybe some years later, in the situation referred to at the start of this article.

For further information regarding the changes, please contact Andrew Koffman or another member of our Litigation and Dispute Resolution team.