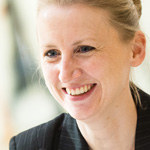 In January 2021, the Ministry of Housing, Communities and Local Government unveiled sweeping changes that they plan to implement to the home ownership rules that, according to their press release will be part of “the biggest reforms to English property law for 40 years, fundamentally making home ownership fairer and more secure”.

Freehold or leasehold – what’s the difference?

When a leasehold flat or house is first purchased a set term lease period is granted, typically between 99 and 125 years. Sometimes there will be a requirement for the leaseholder to pay a fee know as a ground rent to the freeholder (normally on an annual basis) and they may have to pay a fee for the consent of the freeholder if they want to change their home. Leaseholders might be able to buy the freehold or extend their leasehold period but this can be expensive and complicated.

For landowners, ground rent payments, the sale of freeholds, the cost of lease extensions and the payments for consent to change leasehold properties are all income generators for their business.

What are the changes and who will benefit?

Following a report by the Law Commission the Government is proposing the following changes:

The proposals look set to become law in stages with the lease extension and zero ground rent provisions coming in first during the upcoming session of Parliament and the other changes likely to follow within the next couple of years.

While welcome news for leaseholders, these changes maybe less attractive to property developers and landowners. Retirement housebuilder McCarthy and Stone has already commented that these changes are likely to lead to higher priced homes for the elderly.