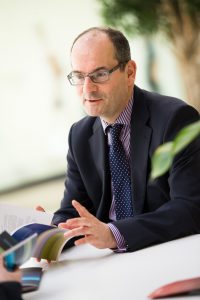 North West law firm Bermans has announced record financial results for the fifth consecutive year, with the firm reporting an increase in turnover of 15% from £5.95M to £6.85M for the financial year ending on 30th June 2019.

The firm has benefited from growth in all practice areas, with the transactional departments (property, corporate and invoice/asset finance) continuing to perform strongly despite the uncertainty in the economy.

There has also been a significant increase in activity in the employment department since the abolition of tribunal fees in 2017. As a result, Robert Maddocks will join the employment team this month, to head up the team in Manchester. Robert Eakins is also set to join the commercial team in Liverpool to work alongside head of department Chris McDonough. Both recruits join from HRC Law.

These new recruits follow on from the recent arrival of Simon Taylor who has a great reputation and client base in the motor sports and music industries. Since joining Bermans, Simon has negotiated contracts for the 2019 season for F1 drivers and team personnel and is retained by leading promoters, organisers and venues including Live Nation, Festival Republic, AEG & SJM.

As a further boost to the firm`s reputation in the field of sports law, Gareth Farrelly, a former Premier League and international footballer has this week been appointed to the Court of Arbitration for Sport as an Arbitrator.

On the litigation front, the firm’s dispute resolution product, Escalate, which provides a fully funded and insured no-win no-fee solution for commercial disputes, has won awards from The Lawyer, The Law Society, Legal Week and British Accountancy/Accountancy Age. Richard Moose, an experienced litigation lawyer joins from JB Leitch to assist with the caseload generated by this initiative. Claire McDonnell has also recently joined the litigation team in Manchester from Knights.

The continued success of the property team has been reflected in the promotion of Claire Morris to partner.

“Claire joined Bermans in 2006 as a trainee, she is an excellent lawyer and has a great reputation in the North West property industry.

It is important that we grow the business so that opportunities for career progression are there for lawyers like Claire who join the firm at an early stage in their careers, we will also continue to look to recruit lateral hires who share our values and ethos.

2020 will mark the 50th anniversary of the founding of the business in Liverpool by Keith Berman and we look forward with confidence to marking that with another successful year.”