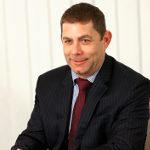 With better days hoped for ahead, we ask what the Law Commission’s recommendations on extending time limits and enlarging Employment Tribunal jurisdiction may mean for employers.

Politically, there may be willingness in future days to recognise the contributions of workers during Covid-19, in a departure from the predominant mindset when the current Government swept into number 10. Certainly, the Prime Minister is one reported to be in reflective mood.

The Law Commission has no power to change the law, but the Government (under protocol) has to respond to the Commission’s report and historically more than two thirds of its recommendations have been implemented.

The Law Commission’s report is a review of the employment tribunal, and civil courts in respect of employment and discrimination matters.

The report makes (amongst others) the following recommendations :

Whilst employers and employment lawyers can often be heard to bemoan the time and resource wrapped up in an Employment Tribunal claim and the consequent distraction from running a company, they may not have experienced the comparative time and resource involved in a similar process in the civil courts. If the recommendation were the other way around – i.e. moving employment cases to the civil courts – then maybe employers and their representatives would have come to remember Employment Tribunals with reflective envy. The historical difference between the two courts, namely that in the civil court the employee had to be sure of their case before bringing it (due to the fact most of the other sides legal costs could be awarded against them if they lost their case), coupled with the increased willingness of the Employment Tribunals to award costs against employees, has gradually been eroded. In practice, civil lawyers no longer inform their clients that, if they win, they will recover most of their costs, and, equally, employment lawyers no longer advise there is no risk of having legal costs ordered against an employee.

Having two hearings in two different courts for the same case is clearly an excessive cost for either party involved. In this sense, it is easy to see the logic in the suggested way forward. The concern for employers would be increased access and therefore an increase in claims. However, in reality, the number of high value bonus / commissions claims that exist and the financial resource of those who bring the claims means this is not a change which would open the floodgates to increased litigation. For those who may be involved with this type of litigation on either side, it looks a welcome proposal.

Whilst a six-month time limit may produce some increase in the volume of claims, it would not likely be in numbers which would be a major concern for employers, such as giving employees protected employment status after a much shorter period than the current 2 years would. Similarly, the six-month time limit would be relatively black and white and so unlikely to produce “spin off” litigation. The extension of the “just and equitable” test to unfair dismissal claims (the most common claim against employers) would be a concern as it would add a layer of complexity and cost to a simple claim which, it is suggested, would not assist at the current time as employers try to balance the books and drive a recovery. It will certainly allow some claims that have been submitted out of time to proceed, when they would have been thrown out under the current test. Due to the economic downturn caused by the pandemic, there will undoubtedly be claims arising out of redundancy processes and cost-cutting exercises, and it is to be hoped these claims are not made more onerous to deal with than they are at present.

Whilst it is right to recognise the outstanding contribution of employees at this time, it is hoped the Government recognises the difficulties facing employers when considering any changes to the current system.

To keep up to date with the latest developments in Employment law and how they might effect you and your business, why not sign up to Bermans quarterly Employment newsletter – https://www.bermans.co.uk/opt-in/

We have also provided updates (1st May 2020) on Covid-19 and issues around Furlough leave – www.bermans.co.uk/covid-19