Will I get my costs back? Update 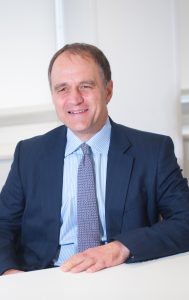 We shared this article in February 2017 and then this article in July 2017, which explained the current rules on recovery of costs by the winner of a court action from the loser. It had been proposed to introduce a “fixed recoverable costs” regime for business and other civil disputes, similar to the one for minor personal injury claims.

Two years on, what if anything has changed?

There has recently been a consultation organised by the Government and the time for responding has expired.

Lord Justice Jackson had recommended the introduction of a new “intermediate track” for disputes over sums between £25,000 and £100,000 and the retention and adaptation of the current “fast track” for disputes of between £10,000 and £25,000 – each with its own fixed costs “grid” to enable parties to see at a glance how much they would stand to recover if they win at trial, or to pay their opponent if they lose. The grid would also take account of the complexity of the case (with four separate bands for different types of case) and whether the case is settled at a particular stage before trial.

The Government’s preference was different; they have recommended the extension of the fast track for cases worth up to £100,000. The “grid” system is likely to be implemented.

At approximately the same time, the other limb of Jackson LJ’s proposals has been put into effect with a 2-year pilot scheme for disputes in certain Business and Property Courts in London, Manchester and Leeds. The disputes to which it applies are of £100,000 to £250,000 in value. This is a “capped” rather than “fixed” costs scheme accompanied by some streamlining of the procedures.

The pilot scheme is currently voluntary and there is currently little data available about the take-up rates. The fact that the pilot runs until the end of 2020 suggests that wholesale changes may take some time yet.

However the publication of the next phase of recommendations will be key. The introduction of a fixed recoverable costs regime seems inevitable although the questions “when” and “how” remain to be answered.

As we have said previously, it is doubtful whether the changes alone will achieve their stated aim of improving access to justice for small and medium-sized businesses (and others). The cost of litigation is undoubtedly a deterrent as things stand but that is unlikely to change unless civil procedure itself is streamlined.

In each case there are likely to be “winners and losers” when comparing the current rules with the ones which are likely to be adopted. Once the new system is in place, any business owner who is thinking of taking a claim to court will have to ascertain how their own solicitors’ charges are to be calculated (possibly still based on hourly rates, as is usual now) and whether the recoverable figure on the costs grid is sufficient to give them adequate return on the cost, time and other resources they stand to expend in pursuing a court case for potentially a year or more – as well as the risks.

Other solutions such as our award-winning Escalate product will undoubtedly continue to be worth considering as alternatives to the traditional lawyer’s model of evaluating a case, which can take months and result in considerable costs which are less likely to be fully recoverable than before.

For further information please contact Andrew Koffman or any member of our Litigation team.