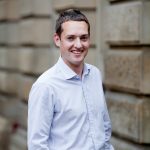 He is involved in all aspects of the investment process from origination through to completion and supports companies to achieve their growth targets up to exit.

He has led over a dozen investments at BGF across a range of sectors, such as Mission Mars and European Braking Solutions , and currently sits on the board of several investee companies, including: Sentric Music, NSS Group and Hobs Group. We spoke to him about what BGF look for in a business and how they can help them develop and grow. 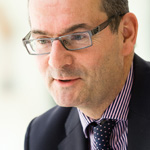 On the 6 May 2019, a 12 week consultation by the Government on proposed changes to Stamp Duty Land Tax (SDLT) rates for non-UK residents will come to an end.

This is the Government’s latest scheme to assist people to get on the property ladder. Their main focus is on building more homes but, as this takes time, they are looking at solutions that will have a more immediate effect.

The changes were initially proposed by Theresa May back in Autumn 2018, citing evidence that the purchase of property in England and Northern Ireland by non-UK residents was pushing up house prices for UK residents. At that stage the Government mooted introducing an additional surcharge on properties bought by non-UK residents of either 1% or 3%. 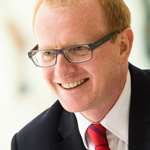 he rush hour commute into Manchester City Centre ground to a halt one morning last month as a disgruntled subcontractor chose to block one of the key routes with plant hire vehicles. The protest was against of non-payment by Dawnus Construction, the main contractor appointed by Manchester City Council to carry of a £15 million road improvement scheme in Manchester and Salford.

The subcontractor, Total Plant Hire (TPL), had supplied plant and machinery to Dawnus for the scheme. When Dawnus failed to pay under the terms of the contract and TPL couldn’t get through to anyone at Dawnus or the Council it took drastic action. Sadly the action was in vain as Dawnus entered Administration that same week. TPL was said to be owed £300,000 by Dawnus. So what can TPL do to recover its money?

April 2019 sees the introduction of the new sliding fee scale for probate fees in England and Wales. Prior to these changes, a fee of £215 was payable to obtain the authority to deal with the financial affairs of somebody who had died. If the estate (the deceased person’s assets) was worth less than £5,000 then no fee was payable and if a solicitor was appointed to deal with the estate the probate fee was slightly cheaper (£155).

The recent high-profile case against Harvey Weinstein and the treatment of the hostesses at the Presidents Club Dinner have shone a spotlight on the use of non-disclosure agreements in employment contracts and this has led to the Government taking a closer look at them.